The 14th scientific seminar “Modern Demography” was hold 26 March. At the seminar, Dmitry A. Jdanov, Ph.D., head of the Laboratory of Demographic Data at the Max Planck Society for Demographic Research Institute made a presentation “Human longevity limits: a demographic data driven approach”.

As an introduction to the topic of the report, D. Jdanov cited the results of a study by Oeppen, Vaupel (2002), showing that record life expectancy grows linearly, increasing each year by about ¼ years. Further, he noted that in reality, in cohorts, people are at a lower risk of death, with the exception of some periods of history, and cohort life expectancy is growing even faster than period life expectancy. This raises the question: are there any limits to this growth?

The speaker brought countries with record life expectancy. He noted that since 1984, Japan has been in the lead. However, in the last 2 years (2016 and 2017) a new leader has emerged - the city of Hong Kong, which shows a higher growth rate of life expectancy than Japan.

Returning to the question of whether there are limits to the growth of life expectancy, D. Jdanov, citing J. Olshansky and J. Vopel, noted that the debate on this issue has been going on for a long time,

D. Jdanov noted that there are practically no high-quality data on the population and mortality at older ages in the world. He cited the example of the Human Mortality Database as one of the large demographic databases that provides estimates of mortality for people aged 80 years and older.

Continuing his report, D. Jdanov showed graphs to the audience illustrating changes in mortality and the process of rectangularization of the survival curve, and turned to the question of whether there is a plateau in mortality at older ages. There are three main theories about the plateau of mortality: evolutionary theory, theory of unobservable heterogeneity / selection and mathematical explanations of the plateau of mortality. In addition, various experiments were conducted on a large number of insects with a short lifespans, yeast, even cars and bulbs. Finally, the results confirming the existence of a plateau were obtained in the works performed on qualitative data on mortality of persons over 100 years old, by Gampe (2010) and Barbie et al. (2018).

However, there is an alternative point of view, presented in Gavrilova & Gavrilov (2014), according to which mortality in older age after 90 years continues to be described by Gompertz law. In addition, in the latest work, Gavrilova & Gavrilov (2019) showed how estimates of mortality at older ages depend on the use of validated or unverified data.

D. Jdanov presented to the audience the International Database on Longevity (IDL) database, which contains verified data on long-livers, and spoke about the peculiarities of the data collection and validation included in this database.

In conclusion, the speaker cited the example of three well-documented cases of longevity, and three indicators: the probability of surviving until age X in a given cohort; the likelihood that starting from the previous period of time the established record could be broken and the probability that the established record of life expectancy will be broken. 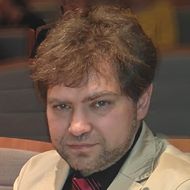